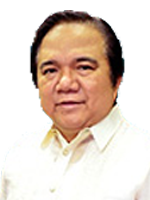 Roberto Rafael V. Lucila is the Co-managing Partner and Senior Partner of the Law Firm of Belo Gozon Elma Parel Asuncion & Lucila. He has been the Corporate Secretary of the GMA Network Inc. since March 27, 2017. He sits as Director in Philippine affiliates of European and American companies in the Philippines. He served in the Office of the President of the Philippines as Assistant Executive Secretary for Legislation from 1990-1992; Chairman of the Presidential Staff in 1991; and occupied concurrent positions in in the Department of Transportation and Communications, where he was a Board Member of the Civil Aeronautics Board, 1990-1991 and Philippine National Railways in 1989-1991.

He holds Bachelor of Laws (1980) and Bachelor of Arts in Psychology (1976) degrees from the University of the Philippines. He was admitted to the Philippine Bar in 1981. authored the book “Corporate Rehabilitation in the Philippines.” Atty. Lucila has been recognized as one of the Asialaw Asia-Pacific Leading Lawyers in Dispute Resolution, and as a law professional actively engaged in the areas of Technology, Media Telecommunications (TMT), and Insolvency in the Philippines. 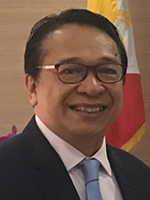 He holds a Bachelor of Arts and a Bachelor of Laws, both from the University of the Philippines, and completed a graduate program in financial engineering and alternative strategies for infrastructure development. He was Program Director for BOT Projects in the Department of Transportation and Communications from 1989 to 1995. He was Independent Director, from June 17, 2009 to June 15, 2015, of the Philippine Electricity Market Corporation that manages the Wholesale Electricity Spot Market www.wesm.ph. He is Founder and first elected President of Asia Pacific Basin for Energy Strategies www.asiapacificbasin.com, an Energy and Economic Think-Tank, and an Organization in Special Consultative Status in the United Nations Economic and Social Council (ECOSOC) www.un.org/en/ecosoc. 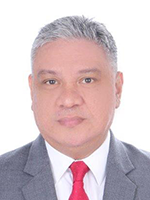 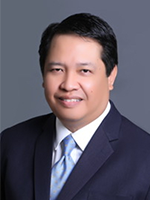 Volt Alcantara has more than 15 years of experience in the coal supply business, including engagements with foreign coal trading entities as In-Country representative for the Philippines.

He represented Hong Kong-based Baretech Ltd., exclusive distributor of the biggest Chinese producer/exporter (Shenhua Coal) for the Philippines, which became a top coal supplier to National Power Corporation. Currently, Volt is representative of Singapore-based Galaxy Energy and Resources Co. Pte. Ltd. and Galaxias Minerals Pte. Ltd., which are coal trading companies under the Ginga Group in Singapore. He has successfully helped grow the business of Galaxy and Galaxias in the highly competitive coal market in the Philippines since 2014, with an annual volume reaching 500,000 metric tons.

He graduated from Philippine Science High School and the University of the Philippines, Diliman. 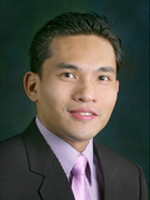 A Lawyer and CPA with significant experience in Energy Law, Corporate, and Commercial Law. He graduated from the University of the Philippines in 2006, and was admitted to the Philippine Bar in 2007. Prior to taking his law studies, he worked as an external auditor with Sycip Gorres Velayo & Company (now a member firm of Ernst and Young). Atty. Calibo brings to the team his wealth of experience in acquisitions, and privatization transactions involving major players in the Philippines electricity industry. 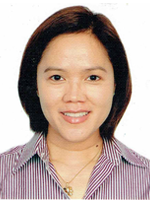 Atty. Charis “Ayette” Juan is a Lawyer. She earned her Bachelor of Arts in Communication, and Bachelor of Laws from the University of the Philippines. She taught Law in a major Law school in Mindanao, worked in the Supreme Court and in the Regional Trial Court, and the Government Service Insurance System. She also worked as Consultant for the local government of Cagayan de Oro City. Her expertise in Compliance and Corporate Affairs are keys in H&WB’s fulfillment of its plans and targets. 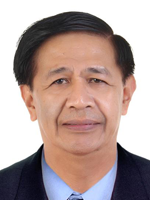 Max is a Certified Public Accountant with more than 40 years of practice in the Philippines, and abroad. He obtained a Bachelor of Science in Commerce, Major in Accounting. He is seasoned, and truly an expert in accounting and controllership assuring the Company’s precision in its Finance Department which he leads as Vice President. He makes working capital work. 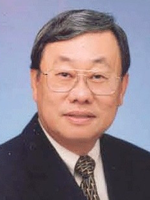 He is a Chartered Logistician, accredited Director and a trained port professional with over 30 years of hands-on experience in the management and operations of multi-purpose port and liquid bulk terminals. He is recipient of Public Administration Medal from the President of the Republic of Singapore, Wee Kim Wee. He was in the Jurong Marine Base, the prime offshore supply logistics base supporting the oil and gas drilling industry in the region, where he managed operations and developed infrastructure from 1972 to 1979; and, in Jurong Port, the only multi-purpose port serving Singapore’s industrial requirements for the last 45 years, where he managed the port in various capacities from 1980 to 1989, with roles in direct management of operations, strategic planning, and port planning and financial management. He was in GATX as alternate President up to 2001, in Jurong Port as Senior Consultant until February 2012, and now with H&WB Asia Pacific Pte Ltd.