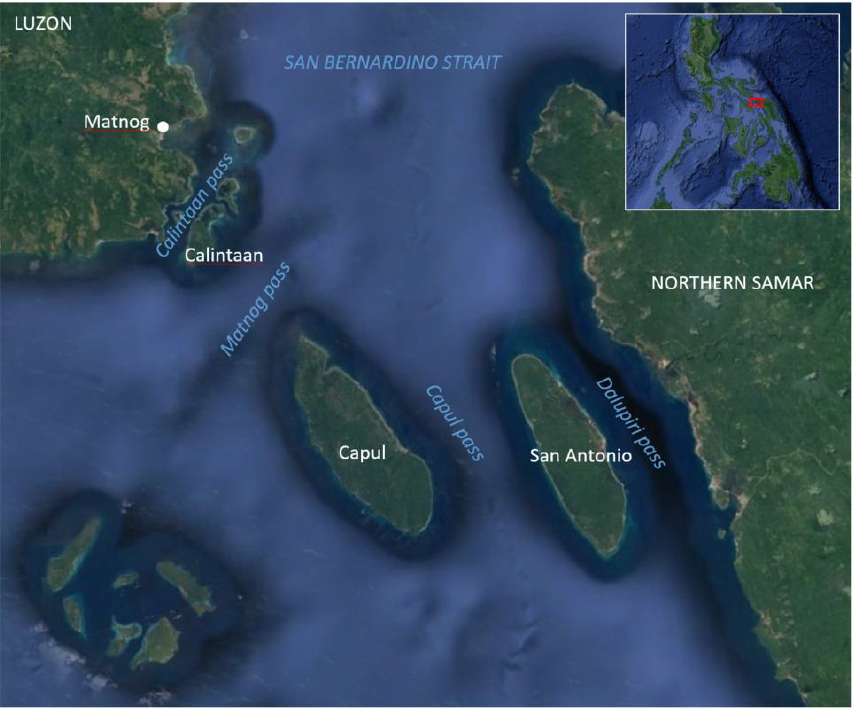 The tidal power plant will harness the marine current resource in San Bernardino Strait, a channel separating the islands of Luzon and Samar, in order provide a reliable supply of clean power to the island of Capul, in the province of Northern Samar. The turbines will be deployed in one of the three concession areas granted by Service Contracts to H&WB by the Philippines’ Department of Energy in 2013, the one in Capul pass. The three Service Contracts are now the property of the SPC created by H&WB in May 2017, called San Bernardino Ocean Power Corporation (SBOPC).

The project aims to revolutionize the energy mix of Capul, an off-grid area, by replacing the obsolete, costly and polluting diesel generators with a green and cost-competitive alternative. The first phase of the project consists in a 3 MW power plant featuring SABELLA’s field-proven tidal turbine coupled with onshore batteries for storage. The main characteristics of the San Bernardino ocean power project are the following:

o   smoothen the injection of the power production of the tidal turbines depending on the grid demand;

o   secure the supply to the electrical grid so as to avoid blackouts;

This project will not only reduce the environmental footprint of the islanders. It will also guarantee a 24-hour power supply. Indeed, even if power supply was increased from 8 hours to 16 hours a day in the first quarter of 2017, then to 24 hours a day in November 2017, black-outs still occur due to the ageing generators and failures in the distribution system. By providing a reliable source of production and triggering a diagnostic of the distribution network, the ocean power project will secure an electricity source for critical services, such as medical facilities and schools.

Eventually, considering the 500 MW potential of the San Bernardino Strait, the ocean power plant, scaled-up, would be able to provide power to the 25,000 inhabitants of Capul and San Antonio, as well as the major towns of the provinces of Sorsogon and Northern Samar, which await economic development provided electricity becomes reliable